Often it only makes economic sense to grow rye on less fertile and sandy soils. However, even on better sandy or marginal sites (up to 40 soil points, German soil classification) the question arises again and again in regard to which winter cereal might be the most profitable one. 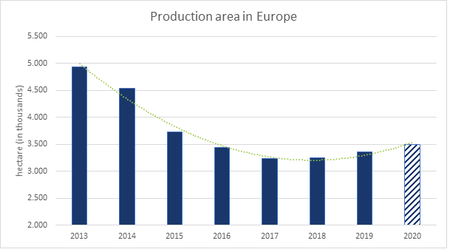 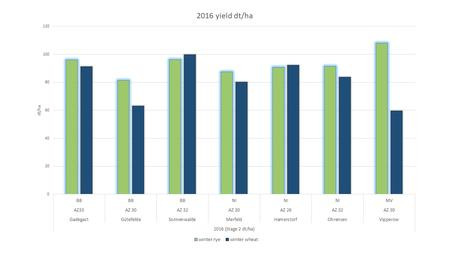 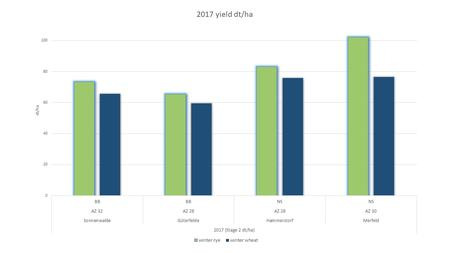 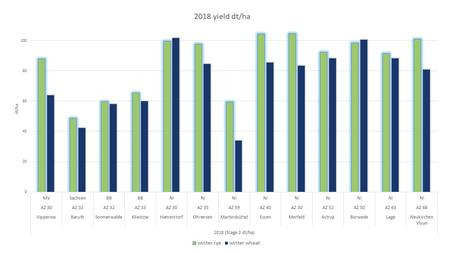 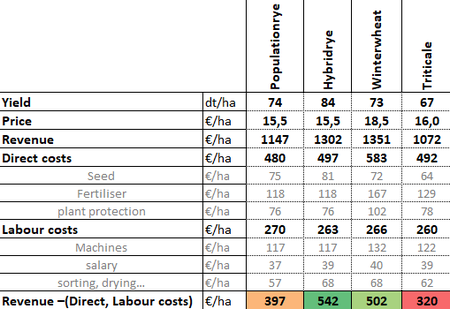 Rye is not only the most withstanding and stress tolerant cereal but as hybrid variety is even able to keep up with wheat on loam soils in terms of yield and profitability. Apart from using rye in human nutrition it is also utilised as a feedstuff, in bioenergy and ethanol production. Nevertheless, since the year 2013 the production of rye has been decreasing continuously. Due to a more intense crop production various production advantages of rye seem to be forgotten about by many farmers in the past years. The production area has increased for the first time again since sowing in the year 2018.

Rye is back: Reasons for that are manifold.

Extreme weather conditions are more common and therefore the risk of yield loss or even total harvest loss. Securing yield gains in importance. The year 2018 has clearly shown the limits of plant production. Hybrid rye is the most efficient cereal by far achieving the highest yield with the lowest plant protection requirements if water resources and nutrients are limited. After such a year, rye could surely score some points again.

Another reason can be associated to the drought in the year 2018 – animal feed shortage. Drought stressed maize and low cereal yields partly caused severe shortages in animal feed supply. Feed shortage is compensated with by products such as pressed sugar beet pulp and potato pulp and by supplementing feed rations with straw. If not enough forage maize is available wholecrop rye could overcome a potential supply shortfall in June. The demand for wholecrop rye was clearly noticeable. However, the main driving force was the positive price trend. Thereby, a crucial factor is the difference to the wheat price. It can be assumed that due to the shortage the rye price develops itself independent of the wheat market and remains on a high level. As cereals have already experienced a massive price rise at harvest oilseed rape has kept falling even below last year’s level. This and increasing agronomical problems caused a decrease in the total oilseed rape production area. Overall the main proportion was turned into maize production however some of the area was also turned into rye cultivation.

Rye performs better than second wheat.
If this year’s area increase is the beginning of a “rye-volution” remains to be seen. However, it is a fact that long-term trial results clearly show the yield advantages of rye. At comparable fields in relevant rye cultivation regions in terms of soil quality (up to 40 soil points) and preceding crop rye achieves on average an extra yield of 13 %. Compared to second wheat rye succeeds up to 20 % higher yields.

On the base of the gross margin (- permanent labour costs) (DAL) wheat is clearly ahead. However, the LELF assumes between wheat and rye a very big difference in price and a small difference in yield. The long-term average price difference between bread-making rye and wheat is about 2.20 € (AMI). On the base of county variety trial results a yield advantage of 13 % can be assumed.

Lengthening the crop rotation cannot just be necessary due to greening but is an important possibility to spread the risk.

In individual situations rye can offer a chance!