Already broadly acknowledged for its agronomic performance as well as the interest of the industry, FANDAGA was approved as a malting barley by French CBMO committee in 2018. Several industrial pilot maltings are currently running with main european maltsters. Follow the interview below with the spring barley breeder Lissy Kuntze, head of breeding at Nordsaat, a shareholder of SAATEN-UNION. 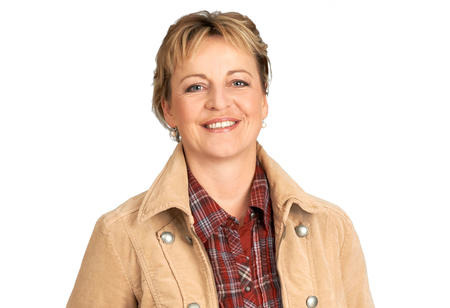 FANDAGA is the result of a cross between a very productive barley with a high quality barley. The combination of these two profiles made us optimistic when we saw the results of the first micro maltings: they quickly confirmed the full potential of the line currently known as FANDAGA.

Three years later, FANDAGA was registered for the CTPS in Class A and the excellent malting quality predictions were confirmed.

What is so special about FANDAGA??

On the quality side, the "High FAN" type is the major aspect. High diastatic power is accompanied by a good proteolytic activity and an excellent cytolysis. It also benefits from a very good grading and consistent malting results from barley grown under different climatic conditions.

You have selected FANDAGA on your Langenstein breeding station in Germany. In which way is FANDAGA particularly adapted to the French market?

France is for us a priority country for spring barley: most often a variety development starts in France before we extend to other countries.
FANDAGA is medium- late with fast grain maturity, which opens the doors to the entire northern half of France. I was proud to see that the results of Arvalis “spring barley test network” 2017 confirmed the qualities we had observed with the SAATEN-UNION France team.

FANDAGA’s resistance to mildew and its tolerance to lower temperatures particularly adapts the variety to the Champagne region and the whole North-East France: it leads in the trial “tronc commun” 2017 of the Technical Committee of Marne with a score of 103% at the average of the 8 tests. FANDAGA was tested by several maltsters and approved for malting and brewing by the CBMO 2018.

Which are the perspectives for FANDAGA?

The potential to release FAN is a real advantage. The summary of quality properties is excellent and facilitates the malting process enormously.

FANDAGA certainly has a promising future in France and on a much bigger scale in Europe.