Oats will never be out of fashion - Oat Convention in Brunswick 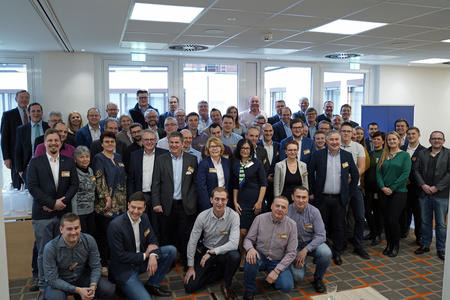 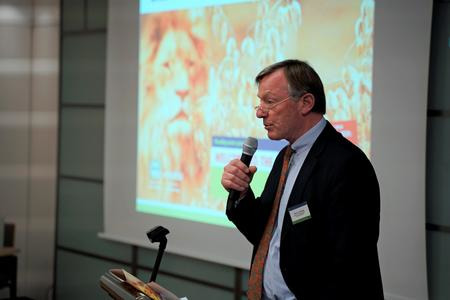 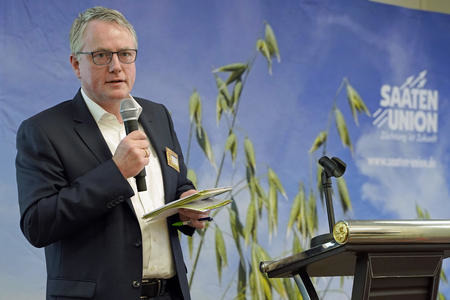 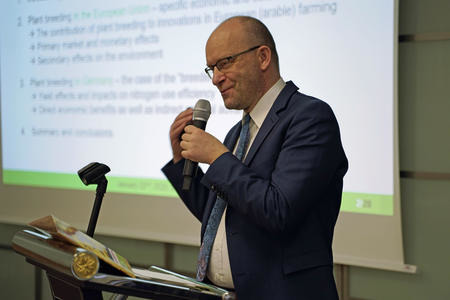 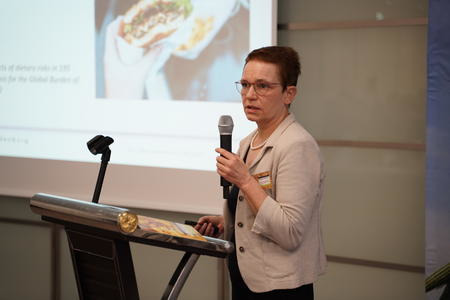 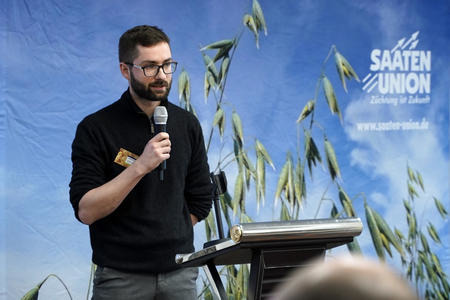 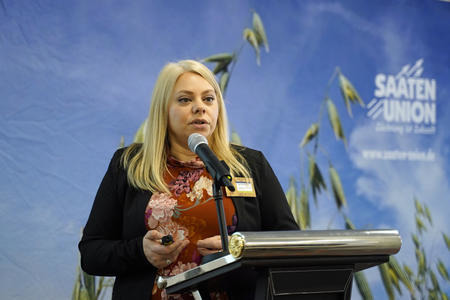 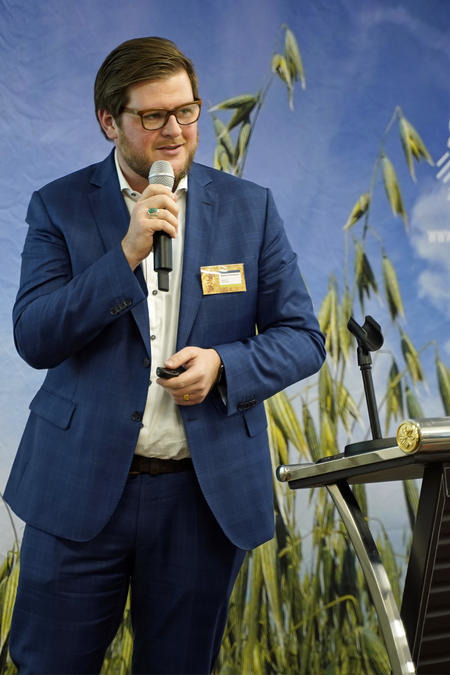 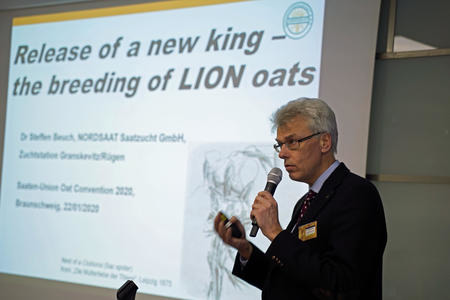 Full house on the “Oat Convention when on the 22nd of January experts from 15 countries met up in Brunswick. The guest list included representatives from breeding, milling, processing and marketing as well as scientific institutions.

In his welcome speech Wolf von Rhade, managing director of Nordsaat, a shareholder of SAATEN-UNION, remembered the beginnings of German oat breeding. Nordsaat has been involved in oat breeding since they had started to cooperate with a Swedish company 110 years ago. Even during the decades when oats were relegated to a niche existence as horse feed it has never changed.

“But now, the crop has continuously come more and more to the fore of health-conscious consumers,” continued von Rhade. Due to its healthy components and modern marketing concepts oats suit modern nutrition concepts. And - different to other as “superfood” praised food products - oats are grown regionally. “Nordsaat keeps at it” the speaker promised the audience.


“However, just “simply breeding” is not the aim”, emphasized Henning Alvermann, crop manager and moderator of the event. ‘We need solutions for people with various demands’. Every 9th inhabitant of the earth starves as meanwhile problems with overnutrition and malnutrition are gaining in importance causing health problems to millions of people as well as high financial burdens to the economy. And of course, there is also the issue of climate change that requires flexibility at a high rate from breeders and crops. “Oat is not the only solution but part of it,” Alvermann closed his speech.

Dr. Steffen Noleppa from the Berlin Humboldt FORUM for Food and Agriculture was assigned by SAATEN UNION to assess the economic and social value of breeding. For this he compared studies investigating breeding in Germany, Europe and worldwide. His conclusion: “Breeding is the driving force for increasing productivity. “In regions like the EU the total factor productivity (meaning innovation) is the most important source of economic growth as other factors like water and farmland are already exhausted. Noleppa added that conversely to give up on breeding progress, would have resulted in production losses of 17 % since the year 2015 alone! “The EU, which is such a economically and climatically stable region, would be a net importer for agricultural crops without breeding,” explained Noleppa. “We would be using farmland in other parts of the world with all associated consequences: C02 – emissions, biodiversity loss and water usage.”

Next Prof. Luzia Valentini from the Intitute of Evidence-based Dietetics (NIED) in Neubrandenburg informed about health effects of oats. She echoed the words of von Rhade and listed only a few costs which will be caused by overnutrition and malnutrition in the forthcoming years: In the year 2017 a study to heart and cardiovascular diseases and its costs revealed that the EU will have to face an annual burden of 210billion Euro. Thereby 80 % of coronary artery diseases and 90 % of type 2 diabetes could be avoided with appropriate health care. On a worldwide scale unhealthy diets are responsible for one out of five deaths!
In general oats have similar components as other cereals – high content of crude fibre, protein and micronutrients like zinc, iron, vitamin B1 and B6 or magnesium. However, it becomes especially interesting due to its bioactive compounds like β-glucan and avenanthramides which act as antioxidants and have anti-inflammatory properties.
Valentini also showed an interesting oat cultivation trial from the University Neubrandenburg: The relation between good growth conditions and the content of components like β-glucan is investigated. The underlying idea: Sites with a particular high compound content are harvested separately.

“Only my grand-mother believed in me”

Afterwards Leandro Burguete from Berlin, who is managing director of the fast food chain Haferkater, presented his business idea. He explained that porridge, especially under the original German name “Haferbrei”, had the image of being healthy but old fashioned. Although his friends declared him crazy at the beginning and only his grand-mother encouraged him, he obviously managed to strike the customers’ nerve: At this stage freshly prepared, deliciously put together and reasonably priced take-away Porridge in various flavours, even in savoury ones, is on offer in ten stores, which are mainly in train stations. Burguete found that social media played an important role in terms of raising publicity for his stores. “Customers are the best brand ambassadors.”

This is also supported by Inga Pfannebecker, who is food blogger and author from Amsterdam. Many people develop an emotional relation to their nutrition. Oats experience a shift in perception, away from being old-fashioned poor people food to being a modern, healthy, variously consumable food product. “Oats are not a niche product anymore,” stated Pfannebecker. And from a health point of view the nutritionist welcomes this development, “In regard to components oats are able to replace all other cereals!”

“Oats will never be out of fashion”

Matthias Hannsbauer from the Swiss company Bühler AG that offers cereal process technology and production equipment also appreciates the increasing interest in oats. He also observes a changing consumer perception resulting in growing markets worldwide. “Many local markets and targeted consumer offers are typical for oats. Oat milk sales are rapidly increasing at the moment. Mills should adjust themselves to such developments as quick as possible.” Other segments like organic oats and gluten-free are also challenging the mills currently. Oat grains, which are basically gluten free, should be harvested and processed as carefully as possible in order to keep impurities like other cereals (containing gluten) at its minimum. At the moment the impurity level is still at 20 ppm which corresponds to about 1 to 2 wheat grains/kg oats. Hannsbauer is convinced that this will develop very soon in the direction of 5 ppm. Further quality requirements will also increase. Roasting is already integrated in some mills. This process step offers advantages in terms of favour by removing bitter substances.

“From Feed to Food”

The last speaker was Dr. Steffen Beuch, oat breeder of the SAATEN UNION shareholder Nordsaat. He is happy about the oat’s new career. All markets show the same. “Stocks of the main producers North America, Australia and Europe are historically low. The worldwide yield of 20 to 25 M t cannot fulfill the growing demand,“ he explained.
He stated that the cultivation area is unfortunately decreasing in many countries. In Europe Spain is the only country with a consistent cultivation area. However, crop yields remain stable and that is thanks to breeding. “In all cultivation areas yields have clearly increased. In Ireland they have even be doubled!”
The breeder demands that oat cultivation has to be carried out more professional. “There is no crop which has such a big gap between trial results and on-farm yields.” Field trial yields are an unbelievable 35 % higher compared to on-farm yields. “Breeding has increased yields but it does not show on the field,” explains Beuch. As reasons he considers a (too) low cultivation intensity by the farmers which often corresponds with choosing a poorer site but also an increase in organic cultivation.

Nordsaat sees itself able to provide varieties for all cultivation and market requirements. “Thanks to various gen pools we are the only breeder who breeds for all European needs. Every second oat field in Germany and every fifth in Europe grows Nordsaat material. That makes us proud.” LION, which has been approved in many countries since the year 2018, is the newest addition to the Recommended List in Germany. This yellow oat is very reliable under many conditions and has good characteristics for grower and processor as it is easy to be dehulled.