More than ever pig production is influenced by social demands for more animal welfare, less emissions and nutrient losses into the environment. Thus, for better social acceptance changes – in feeding systems – are necessary. But of course without limiting profitability. “Feed more rye”, demands Dr. Wilke Griep. 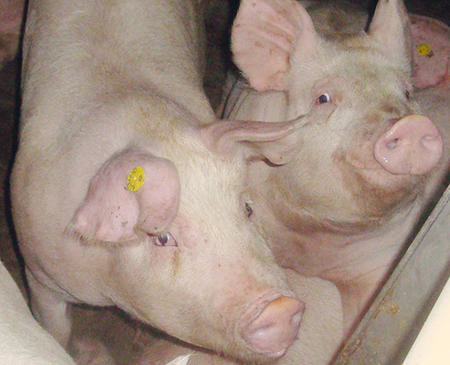 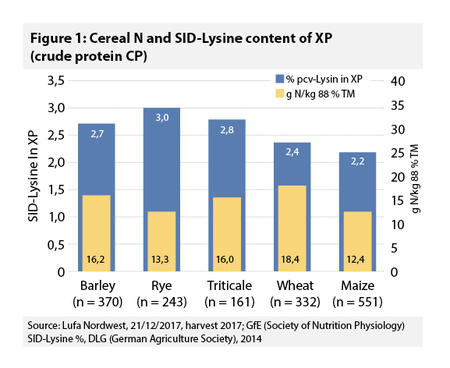 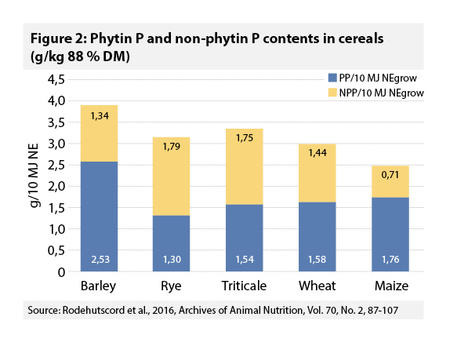 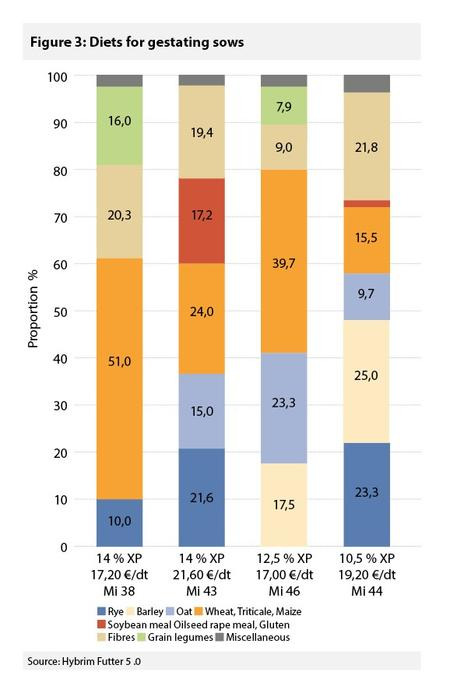 The food retail industry increasingly demands that the value added chain of meat has to become more sustainable. Thereby, they will react to present consumers demand.

In regions with many big pig farms, emissions and slurry produce more nutrients than the environment and climate can cope with.

In areas with intensive animal production nutrients have to be imported in feedstuff and exported in slurry. Those two processes move away from the ideal equilibrium state of an optimal nutrient balance.

Competitive and environmental-friendly pig feed production in relation to animal-friendly husbandry and “precision pig farming” offers a great opportunity to make the meat production clearly more sustainable and counteract global warming. Using local by-products is more sustainable compared to animal production systems detached from immediate land. A four-year crop rotation with site-specific crops and varieties is not only agronomical sustainable but also an advantage for the pig feeding process in terms of sustainability. As new results show for example that fibres are useful for intestinal health and animal welfare. Therefore, cereals like rye must be newly examined regarding their benefits.

The economic value of rye as feedstuff derives from the nutritional value and the compounds which could have an unfavourable effect as anti-nutritive factors (ANF) on digestion, feed intake and feed efficiency. For pigs all cereal grains are primarily ENERGY sources because they have too little lysine and other essential amino acids in proportion to the ENERGY of starch. Rye shows a relatively low ratio of 2.3 g standardised ileal digestible lysine (SID-Lys) per 10 MJ NE (1 MJ net ENERGY is equal to about 0.74 MJ ME – metabolisable ENERGY).

From piglet to sow pigs need between 12.7 up to 6.6 g standardised ileal digestible lysine (SID-Lys) per 10 MJ NE. The research project Grain up analysed 22 samples of rye varieties.
On average the ENERGY content amounted to 13.4 MJ ME/kg (88 % DM) which equals to a net ENERGY content of about 10.4 MJ NE/kg.

At 88 % dry matter starch contents between 555 and 580 g/kg, protein contents about 94 to 113 g/kg and hemicellulose (composed mainly of pentosans) contents between 90 and 122 g/kg were measured. Due to varying compounds the ENERGY content can differ between 13.35 and 13.45 MJ ME/kg.

Compared to wheat, triticale and barley rye has the lowest amount of N per kilogram air-dried feed (Figure 1). In rye and all other cereals the essential amino acid lysine is the most limiting factor in a pig’s diet. Rye is predestined to be used in strongly reduced crude protein finisher pig diet or gestating sow’s ration due to the low crude protein (XP) content of 8.3 % (Lufa OL, Mittel 2017) and a comparatively high content of 3.0 % SID-Lys in the crude protein.

Animal feed formulation software can take the animals individual requirements in to account to achieve certain performances and is able to determine cost-effective combinations of different straight feeds.
Individual farm parameters as well, for example current market prices are also considered. Like that it can be calculated , if home-grown rye is more profitable to be used for thier own pig production and which supplements are needed. Economic advantages or disadvantages of the chosen feeding strategy can be displayed more transparent. Besides minimum specifications, which ensure a sufficient supply of essential nutrients, maximum specifications have the effect that critical and valuable resources like nitrogen and phosphorus are not unnecessarily used. Additionally, the effects of supplements like enzymes on nutrient digestibility can be included. Therefore, such animal feed formulation software is a business planning and CONTROL tool in order to feed economically as well as sustainable.

A finisher diet which mainly covers the animal’s requirements during the last days of the finishing phase up to 120 kg can contain significantly less crude protein and phosphorus than currently practised. Therefore, it is strongly reduced in N and P. A compound feed for gestating sows can also manage with a low ENERGY, N and P content. Both diets are rich in fibre and poor in starch and crude fat. Nevertheless, a sufficient supply with up to eight essential amino acids, calcium and digestible phosphorus are still necessary in order to prevent a reduction in growth or carcass quality.

The minimum supply of digestible phosphorus can clearly be reduced if phytase is effectively used as a supplement and if the effect to improve digestibility of phosphorus is taken into account by the software.

The feed rations determined by the animal feed formulation program Hybrim Futter 5.0 (Figure 3) meet the requirements of gestating sows in regard to supplying ENERGY, eight essential amino acids, calcium, digestible phosphorus and other active ingredients. Apart from that under the market conditions of the first half of march 2018 feed rations could be calculated which are also resources efficient, demand-orientated and sustainable. There were compounds whose crude protein content (XP) was only at 10.5 % showing phosphorus contents of only 0.32 %! They contained unusually high shares of components like rye and oats, field bean or lupine and fibers like wheat bran, dry pulp, soya hulls and grass meal. In some rations rye has a share of more than 25 % which is above the DLG recommendations for gestating sows. For gestating sows a higher proportion of rye is unproblematic if there is no ergot problem. Newer investigations have shown that pentosans, of which rye typically has a high content, not only “slow down” the intestinal passage but have a quite positive effect on intestine health.

Those feeding examples display that so far uncommon components and feed compounds have the potential for a performance-focused and at the same time more sustainable feeding system.

Rye is an ENERGY rich cereal with relatively low nitrogen content. Of the total protein content it has with 3.0 % the highest proportion of lysine. Therefore, it is especially suitable for compounds with low crude protein contents. Feed compounds which are adapted to animal welfare and individual performance, are cost efficient and fulfil the requirements of the new fertiliser regulations, however can only be determined and optimised with an animal feed formulation software and competent advice. Rye as part of a multi-year crop rotation can be an important compound of a sustainable pig feeding systems.