Sustainable intensification and the new German Fertiliser Ordinance DüV: Do they fit together?

Can Germany meet the requirements for “sustainable intensification” and is a positive development slowed down or promoted by the new fertilisation ordinance? Prof. Friedhelm Taube, Christian-Albrechts-Universität Kiel, makes a critical appraisal. 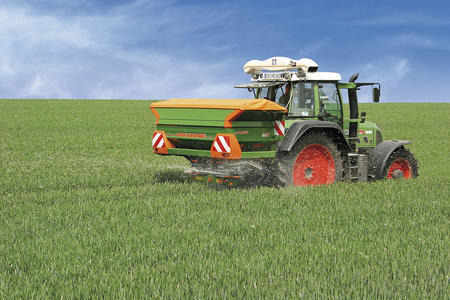 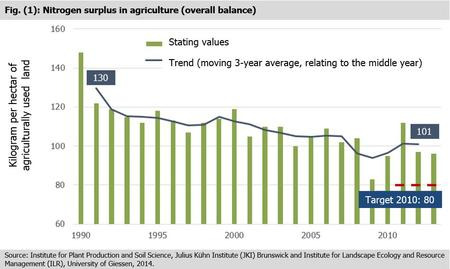 "Sustainable intensification” - what is that?

In 2009, the Royal Society of London published a policy paper on the challenges facing global agricultural and nutrition research in the decades to come (1). The paper stresses the importance of worldwide free trade of agricultural commodities to ensure global welfare, and in the process especially emphasises the term “eco-efficiency” as a principle of environmental compatibility of agricultural production. Certain agricultural commodities should be produced globally in areas and at a specific intensity that this can be performed with the least negative external (ecological) effect per product unit. Negative ecological effects include in particular the impact on bio-diversity, and on the water and climate protective functions. This results in the fact that, in addition to previously applicable economic parameters, corresponding characteristic values are generated for the environmental footprints of the production all over the world. Given a standardised valuation method, the ecological footprint can be created and assessed for every relevant product.

Naturally, the policy paper met immediately with varying reactions, which can be presented in a simplified manner as two extreme interpretations.

As the case may be, both views COVER only a part of the concept of sustainable intensification.

Is the agricultural industry in Germany compatible with sustainable intensification?

In order to be able to answer this question, two sub-questions have to be answered:

(1) What is the state of the productivity growth and the implementation of breeding progress, thus how high is the yield improvement?

From the 1960s to the turn of the century, almost linear yield increases of about two per cent per year in Germany were demonstrated statistically for the most important type of grain, i.e. winter wheat. Between the years 2000 and 2013 this trend has come to a standstill. For the first time in fourteen years, a slight positive yield increase could be established statistically for 2014, the year with the highest yield.

Has this been caused by the absence of breeding progress or by the lack of practical implementation of the breeding progress? A scientific work recently published by the colleagues at the German University of Hohenheim headed by Friedrich Laidig reveals that significant breeding process during the last thirty years can still be measured for most agriculturally used crops in the database of the German Federal Plant Varieties Test, but for over fifteen years this progress has not been put into practice, neither for winter wheat nor for maize. The so-called “yield gap”, i.e. the gap between yield potential and the actual yield, is increasing. Yield increases of more than one percent per year are only obtained from sugar beet and rapeseed fields. Quite apparently, measures of good practice in agriculture are no longer applied sufficiently. Potentially, this would be acceptable in the sense of high eco-efficiency: had the concept of “retaining the yield level - reducing the environmental impact” been implemented consistently within the framework of cross-compliance during the same time period, then the environmental impact would have decreased significantly. But, unfortunately this is not the case!

(2) What is the situation regarding the implementation of the environmental goals for the agricultural sector?

Within the framework of its sustainability strategy the German government issued target figures in 2002, which benefit the implementation of bio-diversity, water and climate protection. The following targets are particular relevant for agriculture:

In reality, the first three targets most probably have not or will not be achieved. The national N balances have dropped significantly in the years after reunification due to the decrease in cattle in the new federal states, but for about ten years they have remained at a level of about + 100 kg N/kg/year (Fig. 1) without even only nearing the target value of + 80 kg/ha N/year. The current nitrate report for Germany also indicates that the targets of the EU Water Framework Directive will most probably not be achieved either. Furthermore, the difference is intensifying between the low-cattle regions with dropping nitrate values in near-surface groundwater, and the high-cattle regions where these values are clearly increasing.

The non-achievement of the targets has led to the EU initiating an infringement procedure against Germany with respect to non-compliance with the Nitrates Directive. Moreover, corresponding legal steps are being checked due to insufficient implementation of the EU Water Framework Directive as well. And finally, while the target value of the NEC Directive of 550 kt/year was reached for the first time in 2010, it has not been implemented sustainably.

Thus, Germany at present is on a very slow route to a sustainable intensification, if at all.

Will the amendment of the Fertiliser Ordinance result in improvement?

In November 2012, a Federal and State working group under the leadership of the Thünen Institute in Brunswick presented an evaluation of the Fertiliser Ordinance and options for its further development. The working group considers the existing regulations as being inadequate, and therefore proposes changes in particular in the registration of the nutrient comparisons, the withholding periods, storage capacities and the spreading of organic fertilisers. Since then, the suggestions have been discussed politically, and are shortly before resolution in December 2015.

From a scientific point of view, the farm yard gate balance for nitrogen and phosphate seems essential particularly to ensure sound and reliable data availability, and to be able to combine them with the corresponding CONTROL and sanction mechanisms.

This is not done to bureaucratise agriculture even more, but to motivate the lesser concerned farmers to achieve the ecological standards which good farmers reached long ago.

(1) “Reaping the benefits: Science and the sustainable intensification of global agriculture”